“Participating in RGGI is simply common sense. It not only reduces the amount of toxins we release into the air, but provides a good funding source for renewable energy programs such as solar and wind,” said Senator Sweeney, D-Gloucester, Cumberland and Salem. “By pulling out of this coalition, the administration has put essential alternative energy projects, and the jobs that they would create in New Jersey, at risk.”

The bill, S-151, would clarify the intent of RGGI legislation enacted in 2007. That law helped create an emissions auction and trading mechanism to help reduce the level of greenhouse gas emissions, particularly carbon dioxide.

“New Jersey should be incentivizing power producers who make efforts to reduce their carbon emissions and the amount of pollution they pump into our air,” said Senator Smith, D-Middlesex and Somerset. “By rejoining RGGI, we can ensure that polluters help to offset the toxins they release, and we can use the funds to promote alternative and renewable energy sources such as wind and solar, leaving New Jersey healthier and cleaner for future generations.”

In May 2011, Governor Christie announced that he was withdrawing New Jersey from RGGI without seeking legislative approval. In March of this year, the Appellate Division of the New Jersey Superior Court ruled that the Christie Administration had acted improperly by pulling out of the program. The Court required the Administration to initiate an official rule making process – which would allow for both public and Legislative input.

“The Legislature made its intentions clear that New Jersey needs to take action against the release of harmful toxins into our air by becoming a member of the Regional Greenhouse Gas Initiative,” said Senator Barnes, D-Middlesex. “The Christie Administration has arbitrarily taken us out of the program, an action the courts are now saying is illegal. This legislation will reaffirm our commitment to cleaner, healthier air for New Jersey and the entire region.”

The Senators note that rejoining RGGI will be even more important as the federal Environmental Protection Agency (EPA) is expected to adopt rules requiring states to reduce their carbon emissions, something that can be accomplished through the participation in RGGI.

According to Joseph A. Martens, New YorkState’s Commissioner of Environmental Conservation in a recent letter to the editor at the New York Times, in only the first three years of implementation, RGGI has led to investments in clean energy that will reduce energy bills by $1.3 billion and will create thousands of jobs.

The bill would clarify the original 2007 legislation by ensuring that New Jersey’s participation in RGGI was not suggested, but mandated by the law.  The bill would require Governor Christie to reenter New Jersey into RGGI.

The bill was approved by the Senate with a vote of 24-16.  It now heads to the General Assembly for further consideration. 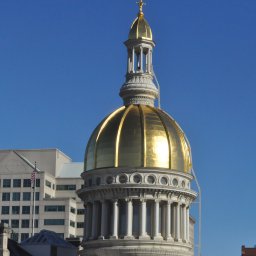