The bill, S-1772, would expand New Jersey’s Smoke Free Act to include public beaches and state, county or municipal parks. Violators of the law would be subject to fines of not less than $250 for the first offense, $500 for the second offense and $1,000 for each subsequent offense. The bill was amended in committee to allow municipalities and counties to set aside up to 20 percent of a beach or park as a smoking area.

“As the harmful effects of second-hand smoke become more evident, we need to make sure we do all we can to protect those who chose a healthier lifestyle,” said Turner (D-Mercer, Hunterdon). “Families with children are among the biggest users of parks and beaches, and parents should not have to worry about their children inhaling second-hand smoke. Also, eliminating smoking in parks will help reduce forest fires.”

“Smoking in public places where children and families gather is a serious public health threat,” said Health, Human Services and Senior Citizens Committee Chairman Vitale (D-Middlesex). “This bill echoes the public’s sentiment that people no longer want to be subjected to second-hand smoke in public places.”

The committee passed the bill by an 8-0-1 vote.

TRENTON – A measure sponsored by Senators Fred H. Madden and Paul Sarlo which would establish a toll-free, 24-hour hotline to respond to calls from fire and EMS personnel dealing with psychological or emotional distress was unanimously approved today by the Senate Law, Public Safety and Veterans’ Affairs Committee.

“Occupational stress is hazardous for anyone, but when it comes to people in occupations like firefighting and emergency services, too much stress could prove to be life-threatening, not just to themselves, but also to the people they serve,” said Senator Madden, D-Camden and Gloucester, a former State Trooper. “By calling upon former fire and EMS professionals to staff the hotline, stressed first-responders would have an opportunity to talk out their problems with people who really understand the pressures they are experiencing.”

“According to a report issued by the University of Washington’s School of Public Health, roughly 20% of EMS workers experience Post Traumatic Stress Disorder,” said Senator Sarlo, D-Bergen, Essex and Passaic. “Day in and day out our first-responders are called upon to save the lives of members of the public; we have to make sure that we look out for their health and well-being too.” 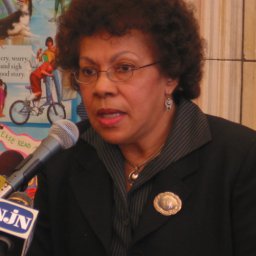