TRENTON – Legislation sponsored by Senator Jeff Van Drew (D-Cape May/Cumberland/Atlantic) to cut local government costs by extending the timeframe under which municipalities are required to conduct a review of their municipal master plans has been signed into law by Governor Chris Christie.

The law (S-2433) modifies the “Municipal Land Use Law” to require municipalities to reexamine their municipal master plan and development regulations only every 10 years. Currently, municipalities are required to complete a reexamination every six years.

“The six-year requirement was an overly-burdensome mandate that forced municipalities to conduct a review of their master plans, even if their local development circumstances did not call for one,” said Van Drew. “By easing this requirement, we will help towns and cities to cut costs and create much-needed taxpayer savings.”

“This law in no way prevents a town or city from conducting an examination of their municipal master plan if they determine it is necessary before the 10-year mark, but it appropriately leaves the decision in the hands of local government,” said Sen. Van Drew.

The measure was approved by the Senate in February by a vote of 39-0. It passed the Assembly in September by a vote of 75-0. 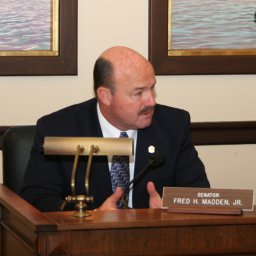