TRENTON – Sen. Jeff Van Drew along with his Assembly colleagues is sponsoring an omnibus bill that would significantly change New Jersey’s affordable housing laws, making homes available to people who need them while giving towns more flexibility in meeting their housing obligations.

“It’s been more than three decades since the New Jersey Supreme Court’s Mount Laurel decision on exclusionary zoning,” Senator Van Drew said today. “It’s clear the laws that have been enacted in response to that decision been more successful in building a thicket of rules and regulations than in building affordable housing. Though created with the best of intentions, the system New Jersey has now doesn’t work nearly as well as it should. It’s time to fix it.”

Senator Van Drew’s bill (S-2524) and Assemblymen Nelson Albano & Matt Milam’s bill (A-3697) were drafted after meeting with local officials from all over their 1st Legislative District in Cape May, Atlantic and Cumberland counties and addresses many of the concerns voiced by those local leaders.

“This legislation is a direct result of the suggestions from elected officials, business owners, and residents within our district. It is very clear that changes need to be made and we need to work with our towns to ensure that these changes are enacted,” said Milam.

“Our local elected officials are the ones that have the task of complying with the affordable housing law,” Albano said. “After our meeting it was clear that changes needed to be made. This legislation was crafted with their suggestions.”

“These are the people who have to actually deliver on the promise of affordable housing – not judges sitting in a courtroom or bureaucrats in some state agency, but the mayors and council members and committee members in hundreds of towns across the state,” Senator Van Drew said. “They live with what we enact in Trenton. We should listen to what they have to say.”

The Van Drew/Albano/ Milam bill would make several important changes to New Jersey affordable housing laws as administered by the Council on Affordable Housing, including:

 Allow towns to transfer up to 50 percent of their fair share obligation to another municipality through Regional Contribution Agreements. These so-called RCAs were restricted under the law enacted last year.

 Provide that towns may comply with the Fair Housing Act by zoning for present and prospective affordable housing rather than requiring actual construction. The Supreme Court’s Mount Laurel decision requires towns to zone for affordable housing.

 Require that when computing a municipality’s fair share of affordable housing based on available land resources, COAH shall exclude any vacant land located in the Highlands preservation area, the Pinelands area or the coastal area.

 Exempt from development fees any construction or reconstruction of an owner-occupied, one-family or two-family residence.

The bill also includes a provision removing the 2.5 percent imposed on non-residential development to fund affordable housing. This fee was exempted from certain projects through July 2010 under a bill (S-2485) sponsored by Sen. Raymond J. Lesniak and approved Feb. 26 by the state Senate.

“The restoration of the Regional Contributions Agreements would facilitate meeting affordable housing obligations by towns that lack sufficient developable land on which to build it,” Senator Van Drew said. “The RCAs, and the other components of this bill, will give towns more flexibility in meeting their affordable housing quotas. Allowing towns to meet their obligations by zoning for affordable housing, which is what the court requires, rather than actually having to build it will help them comply with the law while weathering severe downturns in the real estate and home construction markets, such as we’re seeing right now.”

Van Drew said Department of Community Affairs Commissioner Joseph V. Doria will join him and Assemblymen Albano and Milam at a meeting with local officials at the Dennis Township Municipal Hall at 6 p.m. Friday to provide an overview of COAH and talk with local leaders about their individual affordable housing requirements. 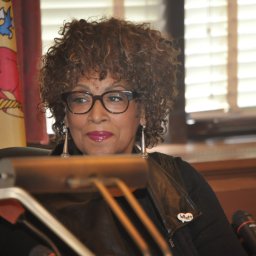