TRENTON – Legislation sponsored by Senator Jeff Van Drew and Senator Jim Whelan that would promote economic activity in the state’s shore regions and protect area businesses by imposing a limit to the state sales and use tax on non-commercial boats was approved today by the Senate Budget and Appropriations Committee.

The bill, S-2784, would provide a maximum limit of $20,000 on the amount of sales or use tax that can be imposed and collected on new sales and uses of non-commercial boats or vessels including motorboats, sailboats, yachts and cruisers. It would also establish a limited grace period for the imposition of a tax on the use of boats and vessels purchased by New Jersey residents provided that the boat or vessel is purchased, ordinarily kept and used for non-commercial purposes at an out-of-state location, is legally operated by the resident purchaser, and is used within New Jersey for a temporary period, up to 90 calendar days.

“Keeping our taxing regulation as is could leave us at a real economic disadvantage, especially when other states are offering a better deal,” said Senator Van Drew (D-Atlantic/Cape May/Cumberland). “A more competitive tax system will discourage New Jersey residents and out-of-state consumers from shopping elsewhere and will promote making these large, revenue-generating purchases in our state. Our goal is to level the playing field for businesses and residents actively involved in the boating industry. Under our current tax structure, we are sending business to neighboring states that have a more favorable tax policy including Pennsylvania, Maryland and Delaware.”

Currently, New Jersey charges seven percent sales tax on non-commercial boats and vessels purchased in State, and New Jersey residents who buy boats elsewhere are subject to the tax once the boat is used or registered here. Since 2000, New Jersey has seen a significant decrease, by over 113,000, in the number of registered boats in the state.

“By limiting consumers and businesses with our current sales and use tax, we are driving residents and companies to other states where they can save tens of thousands of dollars when purchasing their boats,” said Senator Whelan (D-Atlantic). “This is not about offering a tax break; it’s about generating revenue where we are losing it to other states. It’s about helping New Jersey’s boat manufacturers not only to stay in business but to prosper in a highly competitive market so we can improve our economy.”

Many states competing for sales of yachts and other luxury boats have caps on the sales tax. In 2010, Florida adopted a lower sales tax along with a sales tax cap of $18,000. Maryland put in place a $15,000 cap in 2013. The sponsors noted that New York also has a cap on these taxes, and the state of Delaware does not have a sales tax at all. Currently, New Jersey has no cap in place, which creates a significant price difference for consumers, particularly when purchasing larger and more expensive vessels.

Under the bill, individuals must not be engaged in any business or profession in which the boat or vessel will be used within the state. The legislation also specifies that the Director of the Division of Taxation in the Department of the Treasury would have the authority to adopt rules and regulations that would ensure that the purposes of the bill are being carried out.

The bill was released from the Committee with a vote of 13-0. It now heads to the full Senate for consideration. 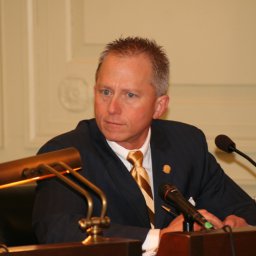 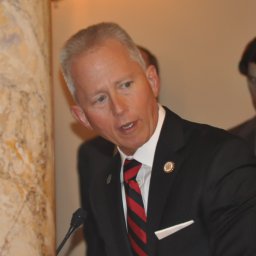