TRENTON – Senator Joseph F. Vitale today will introduce a bill that would extend unemployment benefits to striking workers. He first announced the proposed legislation at a rally last week organized by Communications Workers of America New Jersey and the International Brotherhood of Electrical Workers in front of the State House in support of Verizon workers fighting for a fair contract.

“Every worker is entitled to fair pay and to be treated with dignity, but there must be some recourse if negotiations fail and going on strike is the only option left,” said Senator Vitale (D-Middlesex). “When workers are on strike, they sacrifice their pay in a sincere struggle for fairness. But in all practicality, the workers not only lose their wages while striking but also risk losing their health benefits.”

Senator Vitale added, “In this case, Verizon workers were set to lose their benefits at the end of last month. With no income, workers who may be in the midst of treatment for any ailments are likely not to be able to afford continued health coverage, putting their health at risk. It is imperative that we find a way to get them the benefits they need during their time of sacrifice.”

Under the Senator’s proposed bill, unemployment benefits could be triggered for striking workers through several pathways. They would be immediately available if the labor dispute is caused by the failure or refusal of the employer to comply with an agreement or contract between the employer and the claimant. This would apply to claims for a period of unemployment commencing on or after April 10, 2016.

Additionally, if the unemployment is caused by a labor dispute, including a strike or other concerted employee activities, but not by a lockout or a labor dispute caused by the employer’s non-compliance to an agreement or contract with the claimant, benefits would be denied only during the first 30 days following the commencement of a labor dispute, allowing time for negotiation and resolution. An exception to the 30-day waiting period would apply if the employer hires a permanent replacement for the claimant’s position.

“I will work with my colleagues in the Senate and in the Assembly to ensure that workers who are fighting for fair labor treatment aren’t punished in their pursuit,” said Senator Vitale. “This is not just the fight of Verizon’s workers, but a fight to protect all hardworking New Jerseyans.”

The bill is modeled after similar laws in New York and in Alaska. 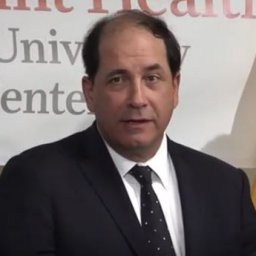