“Iran is the poster child for repression of human rights, especially the rights of women,” said Senator Allen, R-Burlington and Camden. “That this regime was selected to sit on the United Nations Commission on the Status of Women is an affront to women the world over, particularly to the long-suffering women of Iran.”

The resolution, SR-65, expresses the Senate’s opposition to Iran’s election to the United Nations’ Commission on the Status of Women, which took place on April 28, 2010. The Commission, which was created in 1946, identified as one of its core principles that it exists, “to raise the status of women, irrespective of nationality, race, language or religion, to equality with men in all fields of human enterprise, and to eliminate all discrimination against women in the provisions of statutory law, in legal maxims or rules, or in interpretation of customary law.”

The Islamic Republic of Iran, contrary to the stated purpose of the Commission on the Status of Women, has been a case study in discrimination and denial of rights for women, according to the two lawmakers. Women in Iran are systemically denied basic rights enjoyed by women in other countries around the world, including the right to choose a husband, to work without a husband’s consent, to divorce their husbands or maintain legal guardianship over their children, and to be protected against violence in public places if their style of dress does not conform with standards issued by the country’s morality police. Child care centers are being closed, limiting women’s ability to work away from the home, and government programs to promote family planning are slowly being eliminated.

In Committee, Senator Weinberg relayed a recent story in which an Iranian woman was sentenced to death by stoning for the high crime of adultery. The woman’s sentence has been temporarily halted by Iran’s Judiciary Chief after reports of the sentence drew outrage from across the world.

Women who peacefully seek changes to the regressive policies of their government are charged with threatening national security and are arrested, beaten, tortured and imprisoned.

The resolution would also urge New Jersey’s congressional delegation to speak out against the election of Iran to the Commission on the Status of Women. While Congress does not have any formal control over the actions of the United Nations, the lawmakers believe a more prominent national voice could convince the United Nations to re-examine the decision, or at the very least balance it out with a more progressive voice for women’s rights.

“If the UN can’t undo this slap in the face to the struggle for women’s equality around the globe, the least they can do is give us a progressive voice to balance out the regressive opinions of Iran on the Commission,” said Senator Weinberg. “The struggle for women’s rights has always been about progress, and pushing policymakers to recognize the equality of women. By giving Iran a seat at the table, we’re taking a step backwards, because it sends the message that the regressive policies that Iran embraces for women’s rights are tolerable.” 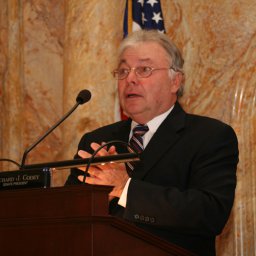 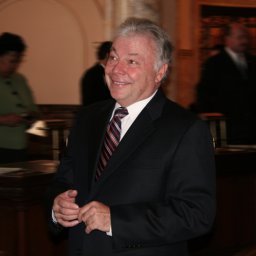