TRENTON – A measure sponsored Senator Loretta Weinberg which would require colleges and universities to provide alternate testing arrangements for students who are unable to attend scheduled exams because of religious observances was unanimously approved today by the Senate Education Committee.

“This bill is about parity,” said Senator Weinberg, D-Bergen. “It is absolutely unfair and discriminatory for students to have to miss out on such important exams – exams that are necessary to attend these institutions of higher learning because of their religion. By providing alternate exam dates, these students would be provided with the same opportunities as students of other religions to take the exams and go on to the college, university, law or medical school of their choosing.”

Schools would be permitted to require written documentation outlining the religious conflict from a clergyman.

“In the past, there have been reports of the exams administered on the alternate dates being significantly harder than those given on the regularly scheduled dates. This is another example of discrimination that will not be tolerated,” said Senator Weinberg.

TRENTON – A measure sponsored by Senators Loretta Weinberg and Shirley K. Turner, to ensure that all colleges and universities to provide alternate testing arrangements for students who are unable to attend scheduled exams because of religious observances was unanimously approved today by the full Senate.

“The goal of this legislation is to ensure parity in these educational tests at all of New Jersey’s colleges and universities,” said Senator Weinberg, D-Bergen. “I understand that many schools already offer alternate testing dates, but this legislation would work to ensure that all schools in New Jersey recognize the need for these exams to be offered on dates that don’t conflict with students’ religious responsibilities.”

“This bill would provide a fair chance for students who, because of religious reasons, are unable to take a necessary exam during a regularly scheduled time, to do so at a later date,” said Senator Turner, D-Mercer, who chairs the Senate Education Committee. “These exams are important, and absolutely necessary for students to move onto the next step educationally. This bill would level the playing field.” 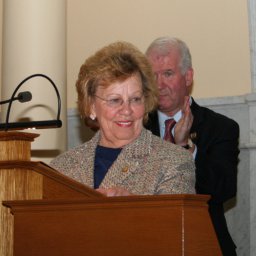 “These bills are about parity,” said Senator Weinberg, D-Bergen. “There are a number of different religions and belief systems that encourage specific dietary plans and worship activities, and the people who follow them should be able to participate without the fear of missing out on possible employment, healthcare opportunities or educational events.”