Weinberg Letter To Governor On Ethics Reform: ‘Work With Us For Good Government’

TRENTON – Senator Loretta Weinberg, today sent a letter to Governor Chris Christie, urging him to support her efforts to crack down on pay-to-play and wheeling, and pledging to work with the Governor to enact bipartisan comprehensive ethics reform addressing financial disclosure for legislators and issue-advocacy organizations, and greater openness and transparency in government operations.

“As you are undoubtedly aware from your tenure as U.S. Attorney for New Jersey, the corrupting influence of unchecked campaign cash on public contracts, and the lack of public scrutiny over all facets of government – not just lawmakers’ salaries from outside sources – are some of the biggest hurdles we face in achieving more ethical, accountable government in the Garden State,” wrote Senator Weinberg, D-Bergen. “New Jersey’s taxpayers pay a premium for the backroom deals and favor-trading inherent in the practice of pay-to-play. We need to end this blight on government in New Jersey, in addition to creating more openness and transparency in government operations and campaign finance.”

The Senator’s letter, which was partly in response to media accounts in which the Governor’s spokesperson, Michael Drewniak, dismissed her pay-to-play reform bill announced last week in favor of other ethics reform measures, is attached. 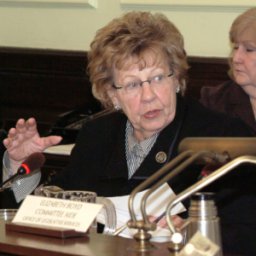 “Pay-to-play is a scourge to good government, and it gives the impression that lucrative government contracts can be bought and sold for the right price,” said Senator Weinberg, D-Bergen. “In 2004, New Jersey made history with the original pay-to-play law, but in the last six years, the corrupting influence of pay-to-play politics has managed to seep into the system through other means. This bill represents a needed update of pay-to-play restrictions to close down loopholes and preserve the integrity of government decisions.”