TRENTON – Legislation sponsored by Senators Jim Beach (D – Camden) and Nia H. Gill (D –Essex) that would help ease the cost of higher education for veterans and members of the United States Armed Forces has cleared the Senate Military and Veterans’ Affairs Committee.

“This small, common sense measure is the least we can do for our service men and women,” said Beach, chair of the Committee. “Considering the cost of higher education and the sacrifice our people in uniform have made, it’s a no-brainer. Not only is it a way of saying ‘thank you’ but it also encourages people to continue their education so they can compete in today’s workforce.”

“The cost of applying to college can be prohibitive for our service members, many of whom are applying from a base overseas or while transitioning back to civilian life,” said Gill. “Eliminating the cost of application and transcript fees will help to ease the financial burden on members of our Armed Forces and our veterans and remove an unnecessary economic hurdle in the process.”

The bill, S2249, would require public institutions of higher learning to waive or reimburse application fees and transcript fees for veterans and members of the United States Armed Forces upon acceptance to the institution. The bill would also apply to reservists and National Guard personnel who reside in New Jersey.

The legislation will help incentivize veterans and armed service members to apply to New Jersey institutions of higher learning, while also helping to alleviate some of the financial difficulties they face either while in, or returning from, service. While some institutions already have a similar policy, it is currently not required by the state.

The bill now heads to the Senate Budget and Appropriations Committee.

TRENTON – Several key Senate committees will convene here Thursday to consider issues of importance to the people of New Jersey such as paid family leave, global warming and regulation of self-styled foreclosure consultants.

The Senate Budget and Appropriations Committee is scheduled to consider S-2249, a bill that would extend temporary disability benefits to include up to 12 weeks of paid family leave for workers caring for sick family members as well as newborn and newly adopted children.

TRENTON – A measure sponsored by Senators Steve Sweeney and Barbara Buono, D-Middlesex, that would extend Temporary Disability Insurance (TDI) leave regulations to allow workers to take time off to care for sick family members, newborn babies and newly adopted children was approved today by the Senate Budget and Appropriations panel.

“How an employer can force a worker to choose between taking time off to care for a family member and being able to make ends meet financially is beyond me,” said Senator Sweeney, D-Gloucester, Cumberland and Salem. “The passage of this legislation would send a clear message to New Jersey’s workers that they will no longer have to choose their financial livelihood over caring for a loved one.”

TRENTON – Senator Steve Sweeney today thanked the leadership of the State American Association of Retired Persons (AARP) for their support of his Paid Family Leave legislation.

“I want to thank the AARP for supporting this very important piece of legislation,” said Senator Sweeney, D-Gloucester, Cumberland and Salem, who chairs the Senate Labor Committee. “When enacted, the bill will allow hard-working men and women throughout the State to take time off to attend to the health-care needs of their family members without the fear of being penalized by their employers.”

TRENTON – A measure sponsored by Senators Steve Sweeney and Barbara Buono that would extend Temporary Disability Insurance (TDI) leave regulations to allow workers to take time off to care for sick family members, newborn babies and newly adopted children was approved today by the Senate Labor Committee by a vote of 3 to 1.

“California is the only other state in the country that provides family leave time, and their workers only get six weeks,” said Senator Sweeney, D-Gloucester, Cumberland and Salem, who Chairs the Senate Labor panel. “This legislation would allow New Jersey to remain in the forefront of providing essential benefits to our hard-working residents.”

“When all is said and done, this bill is really about protecting families who are just trying to make ends meet,” said Senator Buono, D-Middlesex, and herself a mother of four children. 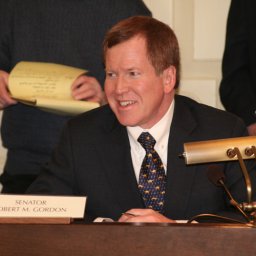 TRENTON – Senator Loretta Weinberg, D-Bergen, today released the following statement regarding the Senate Labor Committee’s passage of S-2249, a measure that would authorize up to 12 weeks of paid Family Temporary Disability Leave (family leave) time per year for any insured employee who needs to take time off to care for a seriously ill family member or a newborn or newly adopted child:

“Having taken ‘family leave’ to take care of my husband during his serious illness I understand the necessity for this bill. Being both a mom and a grandma I understand its importance, from both ends of life.”

The legislation was approved today by a vote of 3-1. It now heads to the full Senate for approval.