Last month, Sen. Codey introduced a seven-point plan that includes the following bills approved today by the Senate, as well as a proposed change in Senate policy to create greater transparency during the budget process:

Under a bill sponsored by Sen. Karcher, political contributions by all state and local public agencies and their subdivisions would be prohibited in order to prevent public funds from being used to influence the political process.

Chief among the reforms proposed in the bill package is an amendment to current laws, which would completely ban gifts from lobbyists to legislators and legislative staff, regardless of their value. The bills sponsors, Sen. Codey and Senate Minority Leader Leonard Lance (R-Hunterdon and Warren), noted that current law allows gifts valued at up to $250 to be accepted.

This bill would tighten the current lobbying disclosure law to require lobbyists to include specific information in their ELEC reports about the budget modifications they are seeking on behalf of their clients. Current law only requires that a lobbyist disclose the name of their client and the nature of the work performed on their behalf, i.e. “budget request.”

Bill S-2506: Expand Prohibition on Use of Campaign Funds

In light of a recent incident where campaign funds were funneled to a charitable organization connected to a former elected official, this bill, sponsored by Sen. Codey and Sen. Diane Allen (R-Burlington and Camden), would amend the current law that allows campaign funds to be donated to charitable organizations. The bill would prohibit contributions to any charity of which the elected official or a family member is a paid employee or director.

Sen. Codey also noted that additional legislation is being drafted that would expand on the current law that prohibits the employment of relatives in the executive and legislative branches of government. The bill, which would expand the ban on nepotism to local levels of government, is expected to be introduced shortly.

Additionally, two other components of the seven-point plan will be implemented without legislation. Next week, Sen. Codey intends to institute a policy that will create greater transparency and accountability during the budget drafting process and ensure that each spending item that ends up in the final budget is fully vetted. The policy will require all legislators and executive departments seeking any modifications to the Governor’s proposed budget to submit a written request to the Senate Budget and Appropriations Committee at least 10 to 14 days before the committee is scheduled to take action.

In addition, Dr. Alan Rosenthal, the respected Professor of Public Policy and Political Science at the Eagleton Institute of Politics at Rutgers University, has agreed to lead an independent review of the current Legislative Code of Ethics to ensure that it is meeting its purpose, with the goal of adopting any new recommendations by June 2007.

Sen. Codey noted that an additional bill in the package – S2503 – which cleared the Senate State Government Committee earlier this month, is currently under review and may be held until the Code of Ethics review is completed to ensure that the two are compatible. S2503 would require that all legislators consult annually with an Ethics Counsel and all legislative staff participate in annual ethics training, similar to the process in place for executive branch employees. 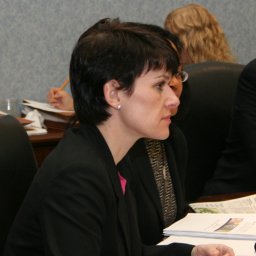