TRENTON – A bill sponsored by Senator Bob Gordon that would shield public school districts from having to assume the special education costs for out-of-state students enrolled in private schools within the district was approved by the Senate Education Committee today.

“This bill will provide much-needed relief to school districts handcuffed by Byzantine education laws,” said Sen. Gordon (D-Bergen). “School districts are already hard-pressed financially given the dramatic cuts in state aid. To allow this law to remain on the books, as is, amounts to a sizeable unfunded mandate during a time when many districts can least afford it.”

Since 2004, the federal Individuals with Disabilities Education Act (IDEA) has required that a school district provide special education evaluation services to students enrolled in a non-public school located within the district, even if the student’s permanent residence is in another state. The Department of Education has interpreted current state law (chapter 193) in a manner that renders a non-public school student who resides in another state ineligible for state aid to support evaluation services. Consequently, a school district must pay for such costs using local property taxes or federal special education funding intended to support the services provided to public school pupils.

The bill (S-1762) approved today would ensure that school districts are eligible to receive chapter 193 state funding to provide federally-required special education evaluation services to non-public pupils who are not residents of New Jersey. The move would provide significant financial relief to districts that have been forced to assume these costs, particularly those that have been hit hard by a loss in state aid.

On average, school districts are required to pay a little over $1,300 per pupil for a special education evaluation. The district of Paramus, for example, recently conducted an initial evaluation of a pupil in March that cost $1,500 and a subsequent occupational therapy evaluation totaled an additional $700.

“For a district like Paramus that is losing almost 99 percent of its state aid this year, these costs can add up quickly,” said Assemblywoman Connie Wagner (D-Bergen), sponsor of an identical bill pending in the Assembly. “New Jersey has many outstanding schools that provide special education services and it’s understandable that parents from out of state would want to send their children here, but it’s simply not feasible to expect our public school districts to shoulder these costs. Hopefully we can get this bill passed quickly to provide relief to both school districts and taxpayers throughout the state.” 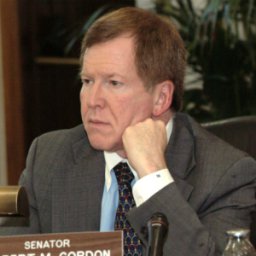 TRENTON – A bill sponsored by Senator Bob Gordon that will shield public school districts from having to assume the special education costs for out-of-state students enrolled in private schools within the district was signed into law last week by Governor Christie.

“When a school district is doing its due diligence under federal special education law, the State should step up to meet the district halfway,” said Sen. Gordon, D-Bergen. “However, for years the State Department of Education has denied districts funding for special ed evaluations that districts are required to perform under federal mandates. This new law introduces a little more fairness into the process, and requires the State to act as good-faith partners with local school districts to make sure that students get the education they need.”