The legislation is named after Jessica Rogers, a former Hamilton resident, who in 2005 at the age of 16 was left paralyzed from the chest down in a road rage crash. Jessica was a passenger in a vehicle, in which the driver, enraged after being cut off by another car, began chasing down the other car, weaving in an out of traffic before slamming into a telephone poll. The driver was convicted of two counts of assault by auto and was sentenced to six months in jail and five years probation. He only served four months of his sentence.

Under the bill, a person is guilty of operating an automobile in an aggressive manner directed at another vehicle if bodily injury results. This driving is known as “road rage.” Aggressive manner includes, but is not limited to, unexpected altering of speed, erratic and improper lane changes, disregarding traffic control devices such as stop signs and lights, failing to yield the right of way, or following another vehicle too closely.

“The victims of road rage often have to deal with the problems stemming from the accident for the rest of their lives – which is certainly the case for Jessica Rogers who has been left paralyzed – yet the perpetrators of the crimes sometimes walk away with light sentences, including little to no jail time and small fines,” said Senator Greenstein. “It is my hope that justice can be served for these victims and that those who allow their emotions to control them while they drive will think twice about the consequences.”

Under current law, the only circumstances under which a person faces increased penalties for assault by auto is when the person is driving under the influence or refuses to submit to a breath test. This legislation would bring road rage violations that cause bodily harm to the same standards as those imposed for drunk driving.

Senator Greenstein notes that while this change in law may not have changed the outcome of Jessica Rogers’ story, it would have ensured that the person responsible for her injuries received a just punishment for his actions.

The bill now heads to the Senate Budget and Appropriations Committee for further review. 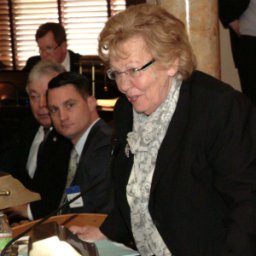 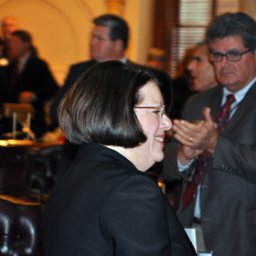