TRENTON – A bill sponsored by Senators Ronald L. Rice and Brian Stack which would allow municipalities to penalize creditors for building code violations for abandoned, foreclosed properties to which the creditor holds the deed was approved by the Senate today by a vote of 31-0.

“When a foreclosed home sits vacant within a community, it can become a magnet for criminal activity, and can deteriorate to cause an economic blight on the remaining homes within the community,” said Senator Rice, D-Essex. “When these abandoned homes fall into disrepair, the creditors who are legally responsible for those homes should step up, do the right thing, and maintain the home. If they fail to fix the homes up in a timely manner, municipal officials should have the ability to impose penalties.”

“With the rising number of foreclosed homes in New Jersey, we’ve seen cases where many of these homes aren’t kept up, and they create a blight on the rest of the municipality,” said Senator Stack, D-Hudson. “As a municipal official, I can attest to the high cost that vacant, foreclosed, and blighted properties have on municipal budgets, because there is an added expense for basic maintenance and police patrols. By requiring creditors who initiate the foreclosure proceedings to maintain these homes or face penalties, we’re putting the responsibility for maintenance where it belongs.”

“This is about preserving home values for the surrounding community and minimizing the impact of property blight within our municipalities,” said Senator Stack. “The problem with municipal blight is that it creates a cascading effect – a home falls into disrepair within a municipality, it drives down property values, mortgage holders go underwater on their mortgages, and are paying more into their homes than they’re worth, and many homeowners end up defaulting on their own mortgages, starting the cycle up again. This bill would require lenders to invest in the maintenance and upkeep of foreclosed homes to avoid municipal penalties, so that we can stop the process and maintain the safety and beauty of our communities.”

“Creditors need to take a little more responsibility for the homes that they foreclose on, and be a little more concerned about the effects on the community when those homes fall into disrepair,” said Senator Rice. “New Jersey has one of the highest rates of homes that are either in foreclosure or in danger of foreclosure. We’re dealing with a serious foreclosure crisis in the Garden State. If we do not want to exacerbate that crisis, we need to give local officials the ability to penalize lenders that don’t live up to their responsibility and pass the burden of abandoned properties on to the rest of us.” 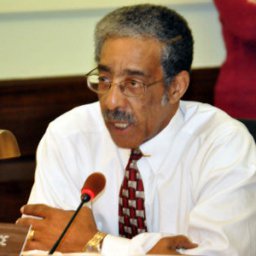 TRENTON – A bill sponsored by Senator Ronald L. Rice which would allow municipalities to require creditors who initiate a foreclosure proceeding to secure and maintain the vacant, foreclosed home was unanimously approved by the Senate Community and Urban Affairs Committee today.

“We’ve seen the negative impact of vacant, foreclosed homes falling into disrepair within a community,” said Senator Rice, D-Essex, the Vice Chair of the Senate Community and Urban Affairs Committee. “When a home stands vacant and the property deteriorates, it can bring down property values of surrounding homes, and it can create a magnet for criminal activity. Through this legislation, we’re trying to require creditors to take responsibility for the homes they’re overseeing, so that these homes do not create a burden for the rest of the municipality.”