“President Trump’s actions are un-American and morally reprehensible. We cannot possibly promote national security and public safety by fearmongering and discriminatory policies that target one group based on their religious beliefs. History taught us that lesson very well.

“Millions of immigrants throughout American history have entered this country in pursuit of freedom and an opportunity for a better future for themselves and their families. Our immigrants and those who live in this country make up our workforce and drive our economy. They are our doctors and nurses, scientists and technology experts, educators and students. They are families who have long waited to be reunited with their loved ones.

“I stand in solidarity with the Muslim community because an infringement on the civil liberties of any group is an infringement on all our rights. I am calling on the President to rescind his orders which fly in the face of American values.” 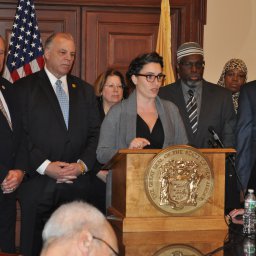