TRENTON – Senate Environment and Energy Committee Chairman Bob Smith (D-Middlesex) – sponsor of a 2008 law that entered New Jersey into the Regional Greenhouse Gas Initiative (RGGI) and a strong proponent of clean energy solutions – released the following statement regarding SCR-146/SCR-162, an amendment to the state constitution requiring New Jersey to fully participate in RGGI:

“By combining our efforts and pooling resources with other Northeast and mid-Atlantic states, we could have brought significant environmental change to our communities. Our energy and economic futures in New Jersey are tied to harnessing the power and promise of solar and off-shore wind energy technologies. RGGI was the means to make an investment in renewable energy projects and new jobs a reality.

“But once again, Chris Christie put his political motives and national ambitions above the needs and desires of the state he was elected to represent. Pulling out of RGGI has led the state down an uncertain path – one where our state’s efforts to reduce greenhouse gas emissions and to invest in alternative energy sources are threatened.

“With this legislation, New Jersey voters can stand up to Christie ensuring their voices and desires for a cleaner and healthier New Jersey are heard.” 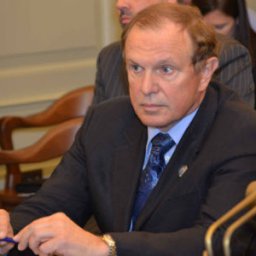