Trenton – Several Democratic Senators speak out in response to the Star-Ledger/NJ.com report yesterday that outlined a pervasive misogynistic culture in New Jersey politics where sexual harassment and sexual assault are still commonplace and where there is still a deep, residual fear of speaking out.

“Far too often, whether it be in conference rooms, offices, or hallways, women are thrust into painful situations by degrading and humiliating language or actions by male colleagues. There must be a major and far-reaching culture shift in every workplace, whether that is the public or private sector. Clearly even in the halls of government, we are not immune to the inappropriate comments and shameful behavior. We need to instill in our youth that this is not normalized behavior and we must remind all adults of the same and ultimately tell them to stop,” said Senator M. Teresa Ruiz (D-Essex), Senate President Pro Tempore and member of the Legislative Select Oversite Committee (LSOC). “I am eminently grateful for the women who shared their voices and their experiences and I want them to know that they have partners in the Legislature working hard to protect and preserve the dignity of all women in every workspace. If we are going to see real change, it is critical that government and workspaces have women in elected office so women know they have advocates that understand the female work experience.”

The LSOC committee was formed to investigate the hiring of Al Alvarez for a top job after being accused of sexual assault by fellow campaign staffer Katie Brennan.

“I applaud the brave women of New Jersey, who have shared their stories of abuse and misogyny while building their careers in politics and government. The #MeToo movement was supposed to awaken and enlighten, yet it has not made the difference we hoped and expected. If there was ever a time to evaluate how things are being handled, now is the time,” said Senator Sandra B. Cunningham (D-Hudson), Senate Deputy Majority Leader and member of the Legislative Select Oversite Committee.

“The #MeToo movement continues to expose the reality many women face in the workplace. Women continue to feel pressured to stay silent due to fear of retaliation for speaking up about experiences in professional settings riddled with harassment, abuse and intimidation tactics. Enough is enough and we must send a message that New Jersey stands with their women and will not tolerate this misconduct,” said Senator Fred Madden (D-Camden/Gloucester) and member of the Legislative Select Oversite Committee.

“Progress has been made but it is clear that more needs to be done to change a culture that allows mistreatment to continue. It is out of the shadows but it has not been eradicated. The silent treatment only allows misogyny to continue. We have to be diligent in making it clear that abusive behavior won’t be tolerated and that women are able to speak out without fear of negative consequences,” said Senator Nellie Pou, Chair of the Legislative Latino Caucus. 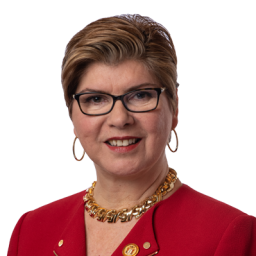 TRENTON – Legislation sponsored by Senator Nilsa Cruz-Perez and Senator Sandra Cunningham, which would allow for vacant commercial buildings to… 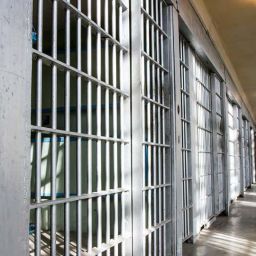