TRENTON – Legislation sponsored by Senator M. Teresa Ruiz and Senator Patrick J. Diegnan Jr. to require students participating in intramural sports programs organized by schools to be included in the student-athlete head injury safety program was signed into law today by the Governor.

“Young athletes suspected of suffering a concussion or head injury in a school-sponsored practice or game should be removed from competition and should not be permitted to return until he or she is evaluated by a health care provider. Continuing to play with an injury can lead to prolonged recovery or even severe inflammation of the brain with devastating and even fatal consequences,” said Senator Ruiz.

New Jersey has one of the strictest concussion laws in the country. Under current law, students who participate in interscholastic sports programs or cheerleading programs who sustain or are suspected of having sustained a concussion or other head injury while engaged in a sports competition or practice must be immediately removed from the competition or practice and may not return until evaluated and cleared by a physician. The program must be completed by school physicians, coaches, and athletic trainers involved in public or nonpublic school interscholastic sports programs and cheerleading programs.

“Updating our laws to protect all of our student athletes who participate in school sports is common sense.After a concussion, returning to competition should be guided and carefully observed by a medical professional,” said Senator Diegnan.“This law will ensure that happens.”

According to a study by the Center for Injury Research and Policy (CIRP) of The Research Institute at Nationwide Children’s Hospital, concussions represent nearly 10 percent of all high school athletic injuries. These injuries greatly impact a concussed student’s ability to concentrate, learn, memorize and process information while in classroom settings. 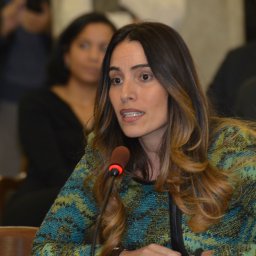