“Today, we’ve approved the FY 2010 Budget, and I want my remarks to be direct enough so that no one on either side of the partisan divide can accuse me of being unsupportive of this spending plan.

“The FY 2010 Budget is a good budget for bad economic times. It’s a budget borne out of necessity, that slashes funding for valuable State programs in order to preserve the economic stability of the State as a whole.

“What stinks is that, due to circumstances largely out of our control, we as legislators from diverse regions of the State and diverse personal backgrounds, had to put our own personal issues aside for the greater good.

“What stinks is that this Governor and this Legislature were forced to draft a doomsday budget based on the failings of the national and global economy.

“It may have been a tough pill to swallow, but this budget is the medicine New Jersey needs to survive the national economic onslaught, and grow our economy on the other side of the recession.

“At the end of the day, though the cuts to services may have been painful to some, the FY 2010 Budget puts us in a better position for the future. The Governor and leaders in the Senate who offered valuable input into the final product deserve our thanks for showing the courage to do what’s right for the people of New Jersey.” 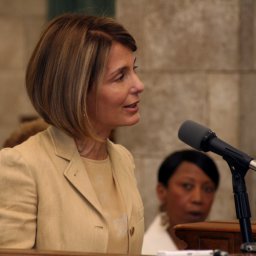