TRENTON – Senator Turner, the prime sponsor of the bill S-1593: The “Police Officer, Firefighter, Public School Teacher, Corrections Officer, and Sanitation Worker Home-Buyer Assistance Act,” issued the following statement in response to the Governor’s absolute veto of the bill. The legislation would help to revitalize struggling urban neighborhoods by creating greater incentives for police, firefighters, teachers, corrections officers, and sanitation workers to live and work in our cities:

“This legislation creates a program that will reap economic benefits for our urban centers and help contribute to their economic revival by providing middle class workers with an incentive to become taxpaying homeowners, which is an investment in the cities where they work.

Unfortunately, the Governor only knows one way to use taxpayer money and that’s giving it to wealthy corporations.  He has no problem heaping a $6 billion burden on New Jersey taxpayers through corporate giveaways, yet he has a problem providing $5 million to bolster economic development in our cities. The Governor is being penny-wise and pound foolish. I find it hypocritical that the Governor claims to be looking out for the taxpayers.

Giving billions in tax breaks to corporations alone won’t attract people back to cities that are suffering from a decline in middle class taxpayers; the people who work for those companies collect their paychecks and go back to the suburbs where they pay taxes and spend their money, which stimulates their local economy.  Incentivizing homeownership in our urban centers will help to improve the economic and social stabilization of those cities that need it most.

The public employees that will benefit from this program receive the lion’s share of every city’s budget, and this program is a way to keep that money in the cities that help pay their salaries.  Additionally, the program is aimed at public safety professionals and educators who, by the nature of their work, are more connected to their communities. Their presence provides a stable tax base, increases homeownership, improves public safety, and establishes positive relationships with their neighbors.” 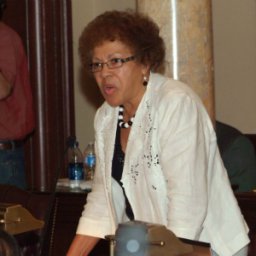