Turner: Statewide Ban Of Synthetic Marijuana Must Be Made Law

Turner’s proposal comes after a story in The Times of Trenton detailed a police raid of Wonderland Smoke Shop in Lawrence, during which law enforcement seized 50 pounds of synthetic marijuana valued at nearly $150,000. Mercer County was identified in the story as among the top five counties in New Jersey where abuse of synthetic marijuana has been reported.

“With the number of colleges and high schools in close proximity to the smoke shop discovered selling this substance, I am extremely concerned about the number of students who had such ready access to this drug,” said Senator Turner. “We have to ensure that students are aware that this is an illicit substance and recognize its potential to cause seizures, heart attacks and even death. Enacting a statewide ban through legislation will serve to highlight the dangers of this substance and send a message that we are serious about cracking down on those attempting to target minors with designer drugs.”

The federal government last March classified five types of synthetic marijuana as Schedule I Controlled Dangerous Substances. New Jersey began enforcing those guidelines last April, however, drug producers have been able to alter the chemical compounds of the substances to skirt that ruling, according to the report in the Times. Attorney General Jeffrey S. Chiesa today announced the implementation of a broader ban that would add certain chemicals to the list of Schedule I Controlled Dangerous Substances in New Jersey.

At least 39 states have legislatively banned synthetic cannabinoids in some form, according to the National Conference of State Legislatures, much like dozens of states have outlawed substituted cathinones, or bath salts. In past years, legislation has targeted specific versions of the drugs. However, because variations in the chemical makeup of the drugs can create new substances not covered by law, state legislatures have begun focusing on entire classes of substances, according to the NCSL. 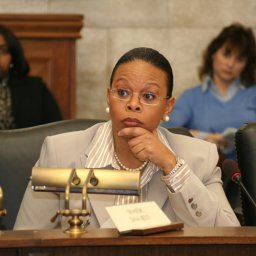