The bill, a Senate Committee substitute for S-2187 and S-2296, would require that gift cards sold within New Jersey could not expire within a 24-month period following purchase. The bill also would require that no dormancy fees, charged by some stores on unredeemed gift cards, be levied until after the 24-month period, and that dormancy fees could not exceed more than $2 a month.

Finally, the bill requires that if there are expiration dates or dormancy fees on any gift card, that such provisions be included on the card in large enough type to read clearly. The retailer would also have to provide a telephone number for the consumer to call and obtain additional information regarding expiration dates and dormancy fees.

“We all know someone who is guilty, or we may be guilty ourselves, of saving up a gift card until a rainy day,” said Senator Vitale. “However, under the current law, we have no guarantees that when we go to redeem the gift card, we’re getting our full value of the gift. This bill would give us a fair deadline to use a gift card before dormancy fees kick in, and would ensure that whether we redeem a gift card the day after Christmas, or wait until the next holiday season, that the intention of the gift is honored by the retailer.” 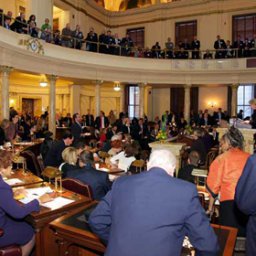