The legislation, S-1331, extends New Jersey’s moratorium on taking or possessing State horseshoe crabs or crab eggs until the red knot species has rebounded to a level outlined in the United States Shorebird Conservation Plan of May 2001 and scientific evidence suggests that there is an adequate food supply for the bird. The new law, however, allows for fishermen to possess horseshoe crabs, which they primarily use as bait for conch and eel, so long as they can show documentation that the crabs were taken out of State.

The red knot is a migratory shorebird which travels each Spring from as far south as Tierra del Fuego at the southern tip of South America, to wintering areas in the Canadian Arctic. The Delaware Bay is considered a linchpin in the red knot’s spring migration because it is the final major feeding stop on the bird’s migration towards the Arctic. Every Spring, the birds descend on beaches along the Delaware Bay, feeding on horseshoe crab eggs allowing them to survive up to three weeks in the Arctic until insects become available as food for the red knot.

“The fate of the red knot is a warning sign of the devastation man can cause when he inserts himself into the natural ecosystem,” said Senator Gordon, D-Bergen. “In this case, while the damage to the red knot population was among the most severe, other once-thriving shorebirds also were negatively impacted by the over-fishing of horseshoe crabs which took place throughout the 90s. Through this new law, we are giving the food chain a chance to recover from our interference, and giving the red knot and other shorebirds a chance to rebound from annihilation.” 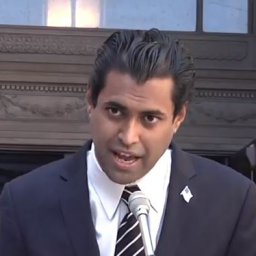