Vitale-Weinberg Bill To Give Adoptees Access To Birth Info Approved

“We heard heart-wrenching stories of adoptees asking, most times in vain, the relatively simple question of where they came from,” said Senator Weinberg, D-Bergen, and Chairwoman of the Committee. “While I appreciate the concerns of biological parents who wish to remain anonymous, I believe this bill balances the needs of anonymity for birth parents wishing to remain so, and the rights of adoptees hoping to find out something about their family history. The bill also addresses a very pragmatic concern of adopted persons, that they would now have access to family medical information in order to make the best health care choices for themselves and their own children.”

The bill, a Senate Committee Substitute for S-799 and S-1399, would establish a system to allow adult adoptees access to their original birth certificates and family medical history. Under the amended version of the bill, the birth parents of individuals put forward for adoption in New Jersey would have one year from the enactment of regulations to submit a request to the State registrar for non-disclosure. During this year, adoptees would be able to contact the adoption agency they came from to get non-identifying medical information, including a family medical history, alerting them to any genetic predispositions they may carry for certain types of illnesses.

After birth parents have had an opportunity to opt out of disclosure, an adopted person 18 years of age or older, an adult direct descendant of an adopted person if that person is deceased, or the adoptive parent or guardian of a minor adopted person, would be able to request from the State Registrar a copy of the adoptee’s original birth certificate. Birth parents would be required, after the year allotted for them to opt-out, to submit a preference form for how they would like to be contacted: either directly, through an intermediary, or not at all. If the birth parents choose not to be contacted, they would have to submit medical and cultural information which would be provided to an adoptee when they receive a redacted version of their birth certificate.

“Family medical information is such an important component in establishing a health care and wellness plan that works,” said Senator Weinberg. “For people carrying a genetic predisposition to certain illnesses and disorders – and who run the risk of passing on those disorders to subsequent generations – access to a family medical information could mean the difference between life and death for themselves and their children. This bill gives these adopted individuals and their families the tools to make the right decisions for their own health and safety.”

“While this bill has the potential to reunite families after years of separation, ultimately it’s a matter of choice – allowing adoptees to choose to learn where they came from, and allowing birth parents to choose if they want to be contacted by their adult adopted children,” said Senator Vitale. “Not every birth parent is going to want contact with their adopted children, and that’s fine, but for those parents that do want to connect, this bill creates a mechanism to do that. The State of New Jersey should not stand in the way of allowing adopted individuals and their birth parents to reconnect if they so choose.” 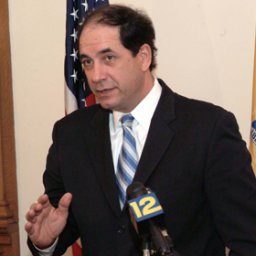