TRENTON – The Senate today approved a bill, sponsored by Senators Jim Whelan and Linda R. Greenstein, that would maintain eligibility for certain leave and benefits for workers who may otherwise lose them due to a loss of employment during a disaster or emergency for which a state of emergency is declared.

“Because many casino workers in Atlantic City were furloughed after Sandy, their families would have had to pay the price of the storm twice,” said Senator Whelan (D-Atlantic). “This bill will remediate the injustice of losing eligibility for certain leave and benefits because of an extreme situation like Sandy.  I want to thank the UAW representatives for their work on this legislation and for making sure we correct this situation.”

Under the current system, an employee can be eligible for leave under the “Family Leave Act” or the “New Jersey Security and Financial Empowerment Act” if he or she has worked at least 1,000 hours during the preceding year. The employee is also eligible for temporary disability insurance or family leave insurance benefits if he or she has worked a minimum of 20 “base weeks” (with pay each week at least 20 times the minimum wage) or earned a total of 1,000 times the minimum wage the preceding year. A furlough or a layoff postpones the eligibility of the employee.

“As a legislator, I have long advocated for strong workers’ rights,” said Senator Greenstein (D-Middlesex and Mercer). “With this kind of legislation, we strengthen the legal protection of all New Jersey workers to ensure that employees remain eligible for the benefits they have earned.”

The bill (S2996) would provide that, in the case of a furlough or layoff due to a state of emergency declared after October 22, 2012, the time spent out of work is still accounted, up to a maximum of 90 calendar days, as eligible time of employment for leave or benefits.

The Senate approved the legislation by a vote of 38-0. The bill now heads to the Assembly for consideration. 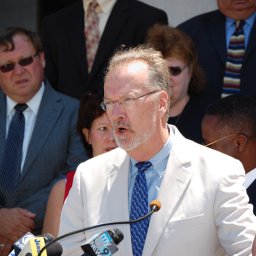 Legislation stemming from Hurricane Sandy and sponsored by Senators Jim Whelan and Linda R. Greenstein that would help workers to…

Legislation stemming from Hurricane Sandy and sponsored by Senators Jim Whelan and Linda R. Greenstein that will help workers to…