Legislation stemming from Hurricane Sandy and sponsored by Senators Jim Whelan and Linda R. Greenstein that would help workers to maintain eligibility of certain leave and benefits during a state or federally declared natural disaster received final legislative approval today and now heads to the Governor’s desk.

“In the aftermath of Hurricane Sandy, many casinos in Atlantic City were forced to shut down for days and did not become fully operational for weeks, leaving their employees out of work and without the ability to acquire time towards a safety net that is so vital for many of these individuals’ survival,” said Senator Whelan, D-Atlantic. “With the help of the UAW, we are one step closer to correcting this injustice and ensuring that these workers don’t just lose time and money, but also the ability to collect benefits if they are needed in the future.”

The bill, S- 2996, would provide that if a worker is laid off or furloughed by an employer because of a state of emergency declared after October 22, 2012, they would still accrue time under the state’s “Family Leave Act” (FLA), “New Jersey Security and Financial Empowerment Act” (SAFE Act), “Temporary Disability Benefits Law” (TDI), and family leave insurance (FLI) program. Under the bill, if an individual is separated from employment due to a natural disaster, they may still acquire up to 90 days of time towards eligibility requirements for leave under FLA or the SAFE Act or up to 13 weeks towards benefits under the TDI or FLI laws.

Currently, a worker is not eligible for leave under the FLA or SAFE Act unless employed at least 1,000 hours the preceding year. Additionally, they would only be eligible for TDI or FLI benefits if they have worked a minimum of 20 “base weeks,’ earning at least 20 times the minimum wage or have earned at least 1,000 times the minimum hourly wage in the preceding year. A furlough or a layoff postpones the eligibility of the employee.

“In New Jersey, by putting in time at work, workers are able to build eligibility towards important leave and benefit programs such as paid family leave and disability insurance. But when a natural disaster strikes, leaving workers unable to get on the job, they are in jeopardy of losing their eligibility for the following year,” said Senator Greenstein, D-Middlesex and Mercer.  “This bill is about protecting our workers and ensuring that they don’t have to pay the price of storms, such as Sandy, twice over.”

The bill was approved by the Assembly today with a vote of 74-3-2. The Senate unanimously approved the legislation in November.

Legislation stemming from Hurricane Sandy and sponsored by Senators Jim Whelan and Linda R. Greenstein that will help workers to… 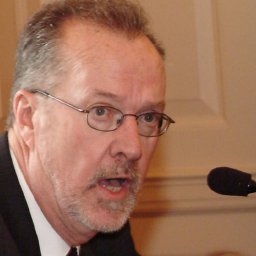