“New Jersey has been a leader in embracing green, renewable energy sources and soon, electric cars will have a much more prevalent presence on our roads,” said Senator Diegnan (D-Middlesex). “The maintenance of our roadways is heavily dependent on a gas tax, and we must be able to adapt and look ahead as to how we will continue to fund this major financial responsibility in the future.”

The bill, S-4090, would task the commission with studying motor vehicles powered by an alternative fuel source, such as electric vehicles and hydrogen fuel cell vehicles, and are not subject to the motor fuels tax or the petroleum products gross receipts tax. The commission would be responsible for submitting a report of recommendations for a system of taxation to the Legislature that mandates all vehicles operating on the highways of the state contribute to the cost of maintaining the State transportation system.

“Electric vehicles are undoubtedly the future of the automobile industry and we must be proactive in implementing a tax structure that will fill the void left by the inevitable drop in revenue from the gas tax,” said Senator Greenstein (D-Mercer/Middlesex). “This legislation is a responsible approach to support the environmentally responsible future in the state.”

Under the bill, the 13-member commission would consist of:

The State Treasurer would serve as Chair.

The bill would amend current law to transfer the responsibility for the study and report form the Transportation Policy Review Board to the commission.

The bill was released from committee by a vote of 5-0. 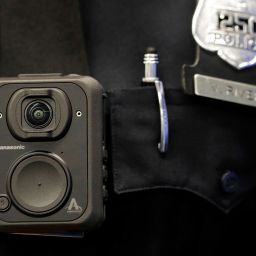 Trenton – Legislation sponsored by Senator Patrick Diegnan, which would authorize operators of motor vehicles to display electronic proof of…

Diegnan Working on Package to Combat ‘Hellish’ Lines at the MVC