Under the bill, $2.05 billion will be shared by 1.8 million households, meaning 95 percent of all New Jersey households will receive property tax relief in the following forms:

The bill also stipulates that seniors and the disabled will not be shortchanged and will continue to receive the higher of two amounts – either the new credit formula above or the amount they would have received under the existing homestead rebate program. In the event that the Division of Taxation cannot get the direct credit program up and running accurately and expeditiously this year, the new relief will temporarily be provided in the form of rebate checks. Seniors, however, will continue to receive rebate checks in 2007, and may elect to continue to receive rebate checks thereafter. The bill will also double the amount of money allocated in the state budget for relief for renters this year.

“The credit program, when combined with the tax levy cap and other government efficiencies, will ensure sustained property tax relief,” said Sen. Kenny. “In time, this relief will generate lasting reform through reduced government spending.”

In order to help control government spending and sustain the relief program over the long-run, the bill mandates that municipalities, counties, school districts, and other local government units may not submit a budget that requires an increase of more than four-percent in the adjusted tax levy over the previous year’s budget.

The bill grants school districts and local government units a number of exemptions in order to accommodate unanticipated expenditures or drops in revenue for circumstances such as increased enrollment, reductions in unrestricted state aid, increases in health care costs to a limited degree over the next five years, debt service payments or certain pension contributions. Should a local government unit or school district encounter other extraordinary circumstances, they would have to apply to the Local Finance Board or the Commissioner of Education, respectively, for a thorough review of the request before any additional exemptions would be granted, or they would have to receive the approval of 60 percent of voters in that jurisdiction.

Sen. Codey noted that the caps are designed to bring New Jersey’s property tax rates in line with the rest of the nation, particularly over the long-haul, as local governments have time to re-negotiate pre-existing contracts and plan budgets around the new requirements.

With approval from both legislative houses having been received, the bill is now headed to the Governor’s desk for his signature. 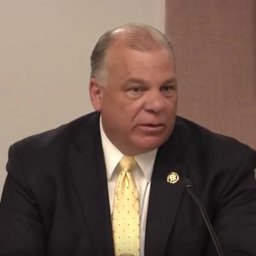