“The men and women who have served our nation should not have to fight to keep food on the table when they return home,” said Senator Singleton (D-Burlington). “When military families do not live on a military base they receive a Basic Housing Allowance. That allowance is meant to help them defray the cost of living off base. It should not be used as a tool to limit their eligibility for federal food assistance programs. We, as a nation, owe a great debt to our veterans. Congress needs to stand up for our military families and pass the Military Hunger Prevention Act.”

Military families living off base receive a Basic Housing Allowance. The rate varies depending on location, pay grade and the number of dependents of the service member. The intent of the housing allowance is to offset the cost of civilian housing, but currently it is being considered as income for the purpose of determining eligibility for the Supplemental Nutrition Assistance Program (SNAP) and other benefits.

The resolution, SJR-73, urges Congress to pass the Military Prevention Act, which would amend federal law to exclude the Basic Housing Allowance when determining eligibility for certain federal benefits, including SNAP. In 2015, more than $80 million in SNAP benefits were used to buy food at military commissaries. 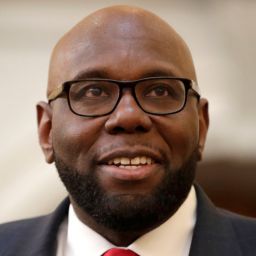